4 Ways to Avoid Losing Your Identity 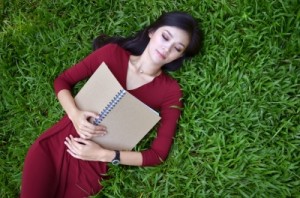 Emotional contagion is a very big interference in much of society today. Just walk into a doctor’s office or place of business and observe the automatic synchronization of body language. During my days of supervising clinicians and mental health workers, I would sit in multiple meetings throughout the day and observe my own body language and tone of voice in a group of 10-15 co-workers and superiors. If I would cross my arms, one of my co-workers would do the same. If a co-worker would yawn, I would find myself doing the same thing (unintentionally, that is). If someone began to laugh, most of the group would laugh too. It’s amazing to observe the automatic synchronization of people in groups.

Synchronization shows that we have very little to no control over how we respond to others’ emotions, body language, and even facial expressions. Moods are also contagious.Think back to how you (or someone older than you) felt in 1997 when Princess Diana died. Most everyone who knew about her death mourned her. There was a certain attention-grabbing power in her story that caused people to feel closer to her than they actually were. These emotions often led to people, all over the world, crying over her death, celebrating her birthday, and even sending multiple gifts to the royal family. Believe it or not, the various news reports of Princess Diana’s tragic death also led to many people flooding the scene of the car crash, Googling facts about her life, and even overindulging in facts relating to the lives of her sons.

During the time of her death, you probably did not want to say anything negative about Diana, for fear of being ousted from the conversation — or, in some ways, from society as a whole.

In cases like that, it’s almost impossible to escape groupthink or the power of the collective spirit. You are almost forced to change or ignore your own thoughts, feelings, and perspectives in favor of “collective beliefs.” You become, according to Michael Bond, the author of The Power of Others, an emotional chameleon.