6 Subtle characteristics of the pathological liar 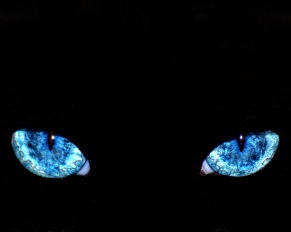 Have you ever communicated with a person who seemed to live in a fantasy world where everything said “felt” false? What about having an experience with a person who always seems mysterious and nothing they say ever comes to fusion? Well…if so, you might have been dealing with a sociopath or even a pathological liar.

Pathological lying (PL) has been defined by the Psychiatric Times as “a long history (maybe lifelong) of frequent and repeated lying for which no apparent psychological motive or external benefit can be discerned.” There is no real consensus on what pathological lying is and many people have developed their own definition of PL. It is something that has negatively affected many people, even professionals, who are often unaware of the psychiatric instability or personality disorder of the liar.  For example, in one of my previous articles I focused on Judge Patrick Couwenberg, a Superior Court Judge of California, who lied repeatedly while serving the public. The former Judge lied and stated that he was a Caltech graduate, a wounded war veteran and a CIA operative in Laos in the 1960s. All of these statements were easily identified as unreliable, but he continued to evade others. He was removed for “willful and prejudicial misconduct.” His Caltech education was critical to his Judicial position.

The sad part about this story is not so much that the former Judge lost his job in the end, but that he was very unaware of the fact that his steps could be traced and that many people would ultimately find him out. That level of consciousness was missing from Patrick and is missing in so many other people who are compulsive liars. The very fact that a lie could be found out does not affect the liar. The very fact that the liars work-life, home-life, or reputation could be in jeopardy as a result of the lies, does not phase the liar. Guilt, shame, or regret does not affect the liar. Consequences also do not seem to affect the liar. So then why does the liar engage in such behaviors?

Multiple research studies have attempted to find an answer to this question to no avail. Trying to understand the mind, behaviors, and intention of the liar is not an exact science. It is very much an inexact science and entails years of study. Humans are complex and trying to understand the reasons for why they do all the things they do, takes more than a graduate school degree in psychology and years of work experience. For many mental health professionals and psychiatrists, trying to understand the pathological liar (or sociopath who engages in this behavior) will entail a combination of intuition and science. Science alone cannot answer the many questions we have about pathological liars, but experience can offer some clues. We now know that pathological lying is often spontaneous and unplanned. It is also something that occurs in individuals who have certain personality traits or even diagnoses. Some diagnoses that might include pathological lying includes but is not limited to:

Certain personality traits where pathological lying may occur include:

It’s important to keep in mind that there are pathological liars who quite frankly just cannot help telling so many lies. Their world is much different from our world. But there are also liars who actually like telling them, are good at it, and do not regret anything they have ever said. There are some “skillful” liars who attempt to evade and harm everyone they come across in their lives. In fact, these type of liars would meet criteria for a diagnosis of antisocial personality disorder (or sociopathy) because they tell lies in charming, believable ways. They also tell truths in ways that give incorrect perspectives. In other words, they tell the truth in a misleading way, which causes people to view things in an incorrect fashion. Such individuals enjoy and get much gratification from keeping you confused and believing their stories. It is watching the victim run through the maze of confusion that gives gratification to some liars.

I encourage you to keep 6 things in mind as you deal with a pathological liar:

As always, feel free to share your thoughts and experience.