Trauma Case Study: Can you identify the trauma? 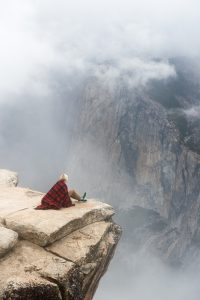 Trauma can be difficult to identity. Many of my clients report having trouble seeing just how they were traumatized. In such cases I often provide examples, especially for teens, to work with so that they can see what happened to them.  We tend to do it together as an educational activity.

This case study has been altered to protect the identity of the client. This is an example of a case that I saw years ago while working in a school district serving difficult kids. Can you identify the circumstances in which trauma may have occurred with this child?

Tony is a 10 year old Caucasian male who was left home alone for 7 hours every single day when he was 5 years old without food and water. Although Tony always managed to survive by eating candy left on the living room table, he remembers a neighbor screaming his name as she walked through his house almost daily to check on him. He remembers only part of the event but still struggles with flashbacks while trying to sleep at night. His mother and father are both substance abusers and are now incarcerated for life on murder charges. While Tony  was not present for the trial, he has overheard his grandparents talking about it. He realizes that he will never see his parents again because both will get the death penalty which could occur at any time. After being told by his teacher to invite his parents to Show and Tell day, he began to experience anxiety so bad that he has lashed out in anger toward his grandparents every night before bed. He is constantly worrying about what the other kids in his class will think if they see that his grandparents are his adopted parents. Tony decides to hide the Show and Tell assignment instead of telling his grandparents about it. He would rather hide it than be embarrassed by his grandparents age. All the other kids in his class have young parents who can run and play with them or do fun things like game-night or travel. His grandparents are always busy or tired.

All this week Tony has been angry, sad, and annoyed by everyone around him. He has ADHD and trouble reading and doing math. He can be a great kid who is funny and outgoing. But Tony can also say some really hurtful things to his family. He admits that he doesn’t know why.

His family is fed up with his behavior and is close to giving him up for adoption. Tony feels there is no reason to try because he feels his family doesn’t care about him. He looks at other kids and wishes he had their parents. When he gets home from school, he has to help his grandmother set up for dinner because his grandfather has trouble standing. Tony has an uncle but he lives 4 hours away. His cousin has bipolar disorder and doesn’t get along with Tony’s grandfather. Many days Tony feels all alone.

In this story where can you find possible trauma?

Is Tony experiencing trauma? Why?

What other experiences can cause Tony to act out?

If you haven’t read my article on 8 misconceptions of trauma, visit my sister-site blogs.psychcentral.com/caregivers.

Author: Támara
6 Reasons Why Mental Health Professionals Are Human Too
What’s the hardest thing about family therapy? Myths and challenges