Book Review: Sarah Tomley’s “What Would Freud Do?” 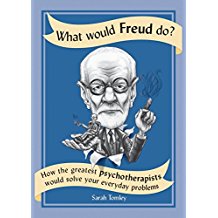 What would you do if your therapist told you that the reason you hate your biological father is because you’re actually in love with your mother?

How would you feel about a therapist who said that because you had a uterus you were neurotic and crazy?

Sigmund Freud did not have a problem making these very controversial, sexist, and uncomfortable statements. But despite many of his complicated theories and beliefs, Sarah designed an interesting book with multiple theories and arguments revolving around Freud’s bogus claims.

This article will review the book “What Would Freud Do.”

Book reviews are really interesting for me to read and complete. I’ve done them both for the past 3 years. I am honored to receive requests and to give honest feedback. Sarah Tomley, an author in the U.K, contacted me a few months ago to ask if I would review her book titled What Would Freud Do? How the Greatest Psychotherapists Would Solve Your Everyday Problems. I was happy to do it and found the book rather interesting.

Has Freud been helpful to psychology?

When I hear the name “Sigmund Freud” I cringe. I cringe because of Freud’s controversial history. And yet, authors like Sarah Tomley do a great job at pointing out the good theories and contrasting them with the bad. Sarah inspires us to consider that perhaps there are some theories we should embrace about Freud as well as those who evolved during his time.

One common barrier I have noticed in psychotherapy is the blocking of deep thought processes and emotions (with some clients) as a result of denial, reaction formation (i.e., showing the opposite of the real emotion experienced), or compensation. While I’m sure we can all agree that Freud is one of the most controversial voices of the field of psychology, we can’t ignore the fact that Freud was absolutely correct about the role of defense mechanisms in our lives.

While I studied psychology in high-school and then again in college, I realized that Freud was the very first to discuss psychology in a fashion that seemed easy to understand. It was void of philosophical jargon. In many ways, Freud jump-started my interest in the study of human behavior. But I must also say that as I developed in the field of psychology, my eyes were opened to his very controversial (and sometimes disturbing) views.

Freud, as you know, was quite controversial

Most people are stuck when it comes to determining whether or not to support Freud and many of his bogus claims such as the Oedipus Complex (sexual attraction to one’s parent). After multiple publications on Freud’s personal life and career, there were many reports of Freud being sexually attracted to his mother and hating his father for it. Even more, not only was Freud heavily addicted to what we now call crack cocaine, but he also seemed to be quite an antagonist with miles of internalized anger. We can’t deny that Freud was pretty problematic himself.

But psychology, as Sarah highlights, has always been a divided discipline, perhaps since the production of Wilhelm Wundt’s book The Principles of Psychology (1890). In order to get the field of psychology “back on track” a few researchers of human behavior (such as B.F Skinner, John B Watson, William James, Aaron Beck, and Albert Ellis) attempted to shine a brighter light on human behavior and explain away some of the things Freud could not. Sarah’s book attempts to deliver in the same way. There are interesting highlights of multiple theories developed in response to Freud’s views on human behavior.

What do you think about the book?

The book’s interesting cover gives the reader a hint about its content. There certainly is an element of humor to it. Color photos as well as great examples of theories are also provided.

Unfortunately, as with many books, there are limitations. For some readers, the purpose of each chapter may be confusing as it doesn’t directly answer questions. In fact, multiple theories are discussed with the intent of leaving the rest up to the reader to figure out. The chapters include an open-ended question. The answer is arrived at based on what you believe.

Another minor limitation is that there were times when I forgot that the book was speaking about Sigmund Freud as many of the chapters focus on other researchers of human behavior and not particularly Sigmund Freud.

However, the minor limitations do not entirely detract from this work. I have seen high-school students, college students, and adults interested in reviewing some of the most controversial and interesting concepts of psychology, but not knowing where to turn. Sarah has produced a light-hearted and yet, quiet interesting book that would be a good addition to your library.

Stay tuned for my review of another book (in the coming year)  sent to me from Sarah Tomley. 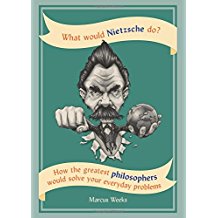