Interview: Ethnic and Racial Conversations- 5 Things To Watch For 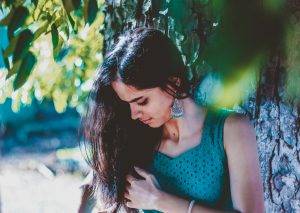 How do you feel when you are engaged in or observe someone else being engaged in a conversation about race?

Do you find yourself feeling uncomfortable? Afraid? Uncertain?

If so, you are not alone.

In this article, I share my recent interview/work in recognition of Ethnic Minority Mental Health Awareness Month including my view of cultural inter-generational trauma.

I had such a conversation with researcher, entrepreneur, and cultural warrior Philippe SHOCK Matthews on his Youtube channel July 20, 2018. The conversation focused a lot on the intense historical challenges, racial biases, and racially motivated behaviors that peoples of ALL cultures have had to live through.

The suffering, the pain, the lack of validation, and the feelings of being unheard have haunted many cultures for decades.

In this video, I discuss inter-generational trauma that has affected generations of people of color for centuries. We’re talking about African Americans, Native Americans, Hispanics (Latinas/Latinos), Asians, and other ethnic groups feeling marginalized, misunderstood, and disenfranchised. All in recognition of Ethnic Minority Mental Health Awareness Month.

The conversations had before, during, and long after the interview truly touched me. I didn’t realize the great need for conversation around this subject. I noticed that there are things we must be careful not to do when discussing this emotionally and psychologically sensitive topic. These things include but are not limited to:

It’s up to us to “prevent” the continuation of the above defense mechanism. It’s a taboo topic. I certainly can’t ignore that! But it’s a taboo topic that should no longer be taboo. We’re here to change this.

As always, I wish you well