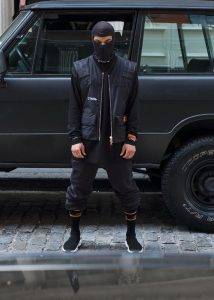 As a mental health trauma therapist sitting in my dining room listening to the reports of the Pittsburgh synagogue shooting, I thought to myself “here we go again.”

All the reports flooded into my home through the radio, tv, and my phone. I felt as if I couldn’t do anything but share opinions with my family. But then I thought about an interview I did with Roundhouse Radio in the U.K back in April of 2018. The interview was about the mass murder on April 9th where an armed man walked about waiving a gun threatening to shoot people.

I began to recount the things I discussed with the media there.

Having been in psychology for 11 years, I strongly believe there is an interplay between environment, genes, and delusional beliefs cemented by social and cultural influences that push certain people to carry out mass murders. With a greater understanding of the potential causes of mass murders, I believe we can reduce the incidences of these crimes. We must start by understanding and studying potential causes.

I firmly believe the following keeps our society confused about why mass murders happen within our communities:

I offer my condolences and extend prayers to the many families who are struggling right now. I pray we find ways to educate each other and incorporate the protocols needed to protect our loved ones.

To learn more about this tragedy, click here: https://www.washingtonpost.com/nation/2018/10/27/pittsburgh-police-responding-active-shooting-squirrel-hill-area/?noredirect=on