The insidious personality: Can you spot a paranoid personality disorder? 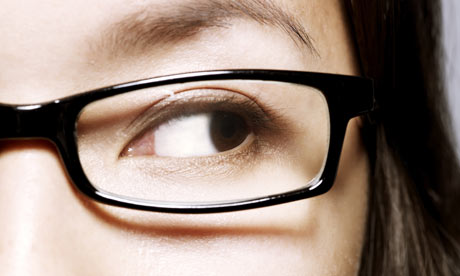 J.B. Clyde is a 53-year-old male of 4 teenage children. He is married to a 38-year-old “career woman” who spent most of her life in higher education (Medical School) but now works as a cashier in their local clothing department store. J.B came to a friend of mine (Jimmy) through a mutual family friend and treated he and I to dinner one spring evening to touch bases about his construction business and to catch up. As we discussed new people in our worlds, accomplishments, and past family gatherings, his conversation began to appear quite questionable, suspicious, and ambiguous. He made a habit of leaving very important details out of our conversations, became increasingly uncomfortable with discussing his marriage, and avoided any questioning about his children, his job, or his personal life.

J.B. evidenced a labile affectivity, misinterpreted offered help and constructive feedback about his business (that he asked us to provide) as criticisms, and interrogated me with questions about his reputation in town. He began to talk about relationships and the difficulty of sustaining good interpersonal relations with people at his work-site. When asked what he thought the problem could be, he became increasingly hostile and was unable to “shake” the emotional reactivity.  After my friend apologized, he remained touchy, hostile, and suspicious beneath the surface. He has always had a history of needing to feel autonomous and independent, so the least bit of advice or suggestions could send him over the edge. I soon realized why Jimmy had decided to keep his distance from J.B. over the years.

As we continued to discuss relationships and family interactions, J.B. expressed this “romantic jealousy” that ran deeper than typical jealousy for one’s spouse. He often berated his wife about seemingly short-term rendezvous with various men shopping at her work site. His jealousy then spread to suspicions of his wife calling multiple men at their local laundry mat, the bank, and even his own construction business. His suspicions began to break apart their marriage. While trying to remain as neutral and “un-therapist-like” as possible, I asked “what provoked these suspicions?” He replied “nothing at all, I just know my wife is gorgeous and some man is likely to be attracted to her. My wife doesn’t know how to utilize boundaries well. So I wouldn’t be surprised if she accepted a phone number or two behind my back.” His story obviously lacked a concrete foundation and sent alarm bells off in my head.

As the dinner drew to a close, I asked if he and his wife had made amends. He replied “no, we still go through problems.” I further asked how his suspicions have influenced (if at all) his children and his response was rather distant and cold. He came across as lacking in emotions and appeared unable to feel regretful for his behavior. He actually came across as sarcastic, playful, and stubborn. After a rather hostile conversation full of paranoia and a labile range of affective expressions, he smiled and embraced Jim and I, asking to meet up with us again sometime in the near future. As I stood motionless and in shock, I wondered if I had just encountered a clinical case of Paranoid Personality Disorder.
Paranoid Personality Disorder is what mental health professionals refer to as a Cluster A type personality disorder. Cluster A personalities include:

All of these personality disorders consist of paranoid, odd, and eccentric characteristics. A paranoid personality entails a rigid and pervasive pattern of characteristics and behaviors. The behavior becomes a “disorder” when occupational, relational, and social realms are affected by the behavior and the individual experiences distress.

Paranoid traits are inflexible, maladaptive, and persisting and tend to cause significant functional impairment and distress. Many individuals with this illness may form close-knit relationships with others who either adopt their own paranoid beliefs or who simply share their paranoid beliefs. In extreme cases of “shared paranoia,” clinicians can utilize the DSM’s diagnostic category (see below for information on the DSM) of Shared Psychotic Disorder (a pattern of behaviors that are psychotic and delusional. The extreme delusional beliefs are shared with other family members such as children in a nuclear family system and the children begin to believe the paranoid beliefs themselves). There is indeed a pervasive pattern of distrust of others and motives of other people are seen as malevolent or harmful.

Personality disorders are very complex and include a wide range of characteristics that can include 1 or more personality disorders. Some individuals with, for example, Borderline Personality Disorder can also exhibit narcissistic or antisocial traits. Personality disorders are also culturally complicated because each culture defines personality differently. A paranoid personality may be quite adaptive for one living in the Middle East where war is never a rare occurrence. Paranoid behavior can also be found in other disorders such as Post Traumatic Stress Disorder or disorders including psychosis (Schizophrenia or Brief Psychotic Disorder) and illnesses such as Dementia or Alzheimer’s disease. Clinicians must, therefore, differentiate between disorders using an extensive assessment of history, a cluster of behaviors, and test results.

What is the DSM?

The manual has been revised a multiplicity of times and is currently being revised to include new and adjusted diagnostic categories in the upcoming (2013) version: DSM-V (Diagnostic and Statistical Manual, 5th edition). I always tell my clients that diagnostic categories are not all-inclusive and tend to be based on social and cultural standards of one’s society. The categories are not obsolete and many clinicians and other mental health professionals disagree about diagnoses or where an individual who comes to a clinic for psychiatric treatment should be placed on a “scale of pathology.”

Author: Támara
Drugs through the veins of frogs: What next?
Teaching Boys the Truth About Manhood